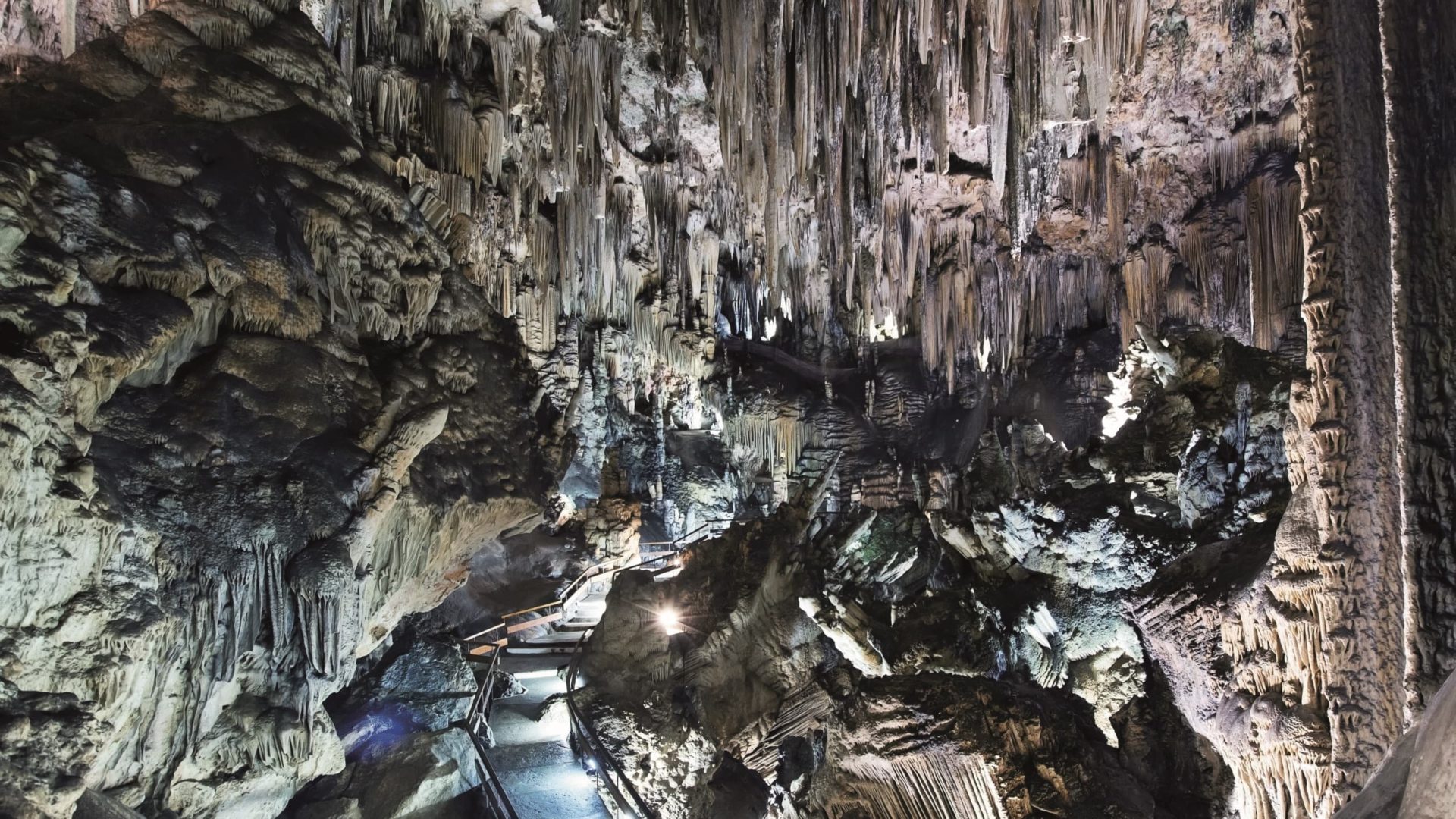 Come with us on a magical trip to Nerja, stopping first at one of the greatest jewels in Andalucía, The Nerja Caves which date back to pre-historic times (25.000 years). These magnificent caves are a series of huge cavern stretching for almost 5 kilometers and home to the worlds largest stalagmite, a 32 meter column measuring 13metres x 7 meters at its base. The caves were discovered by five local boys in 1959 who decided to go hunting for bats and headed for a pothole know as” La Mina” where they spent the night watching the bats exit the hole. They returned the next day with tools to dislodge a couple of stalactites in the entrance. Once inside, they discovered a number of skeletons next to ceramic pottery…..the caves were hence discovered and opened to the public in 1960.

Leaving the caves, we take you into the heart of Nerja town, where the promenade is lined with cafes and bars in which you can take refreshment.

A visit to Nerja should include a visit to Balcon de Europa, situated on a rocky prominent, which was formerly a fortress to keep out British pirates and privateers. Today it is the focal point of Nerja, affording magnificent views up and down the coast.

On our way back, we take you into Benalmadena Marina, which has won “ Best Marina in the World” several times. With home to a 1000 moorings, its very unusual architecture with artificial islands so owners can live near their boats. The islands are connected by small bridges which suggests a modern day Venice. There are naturally numerous bars and restaurants in which you can take refreshment.

Skip back to main navigation