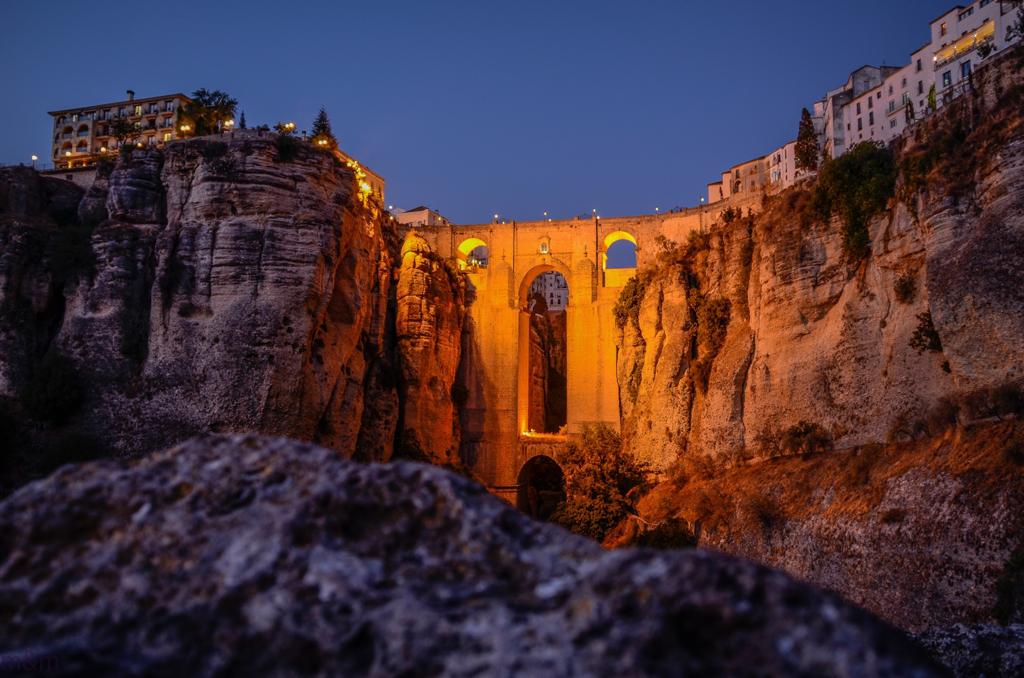 This is a circular tour to the romantic city of Ronda. Winding our way up through the mountains and enjoying spectacular scenery and views, we will stop for a morning coffee before reaching Ronda. Best known for its spectacular setting on top of the famous El Tajo Gorge, Ronda is steeped in rich cultural and literary tradition and is the home to Bull fighting, so much so that Hemmingway was frequently drawn to Ronda and it became the inspiration for one of his greatest novels “ For Whom the Bell Tolls”, set in the Spanish civil war.

Not only do we show you the El Tajo gorge but we can actually make the journey to the bottom in our vehicles. The Puente Nuevo bridge which straddles the 100m chasm below is unparalleled for its views over the Serrania de Ronda mountains.

Across the bridge there is an elegant 16th century convent which now houses an art museum in Old town Ronda, from there you can wander the cobbled streets hemmed by handsome town mansions, some still occupied by old titled families. Follow the streets to Ronda’s loveliest public space, the leafy La Duquesa de Parcent.

The towns pedestrian high street is nick- named La Bola and is where you can find virtually everything and naturally boasts a larger variety of bars and restaurants.

Skip back to main navigation